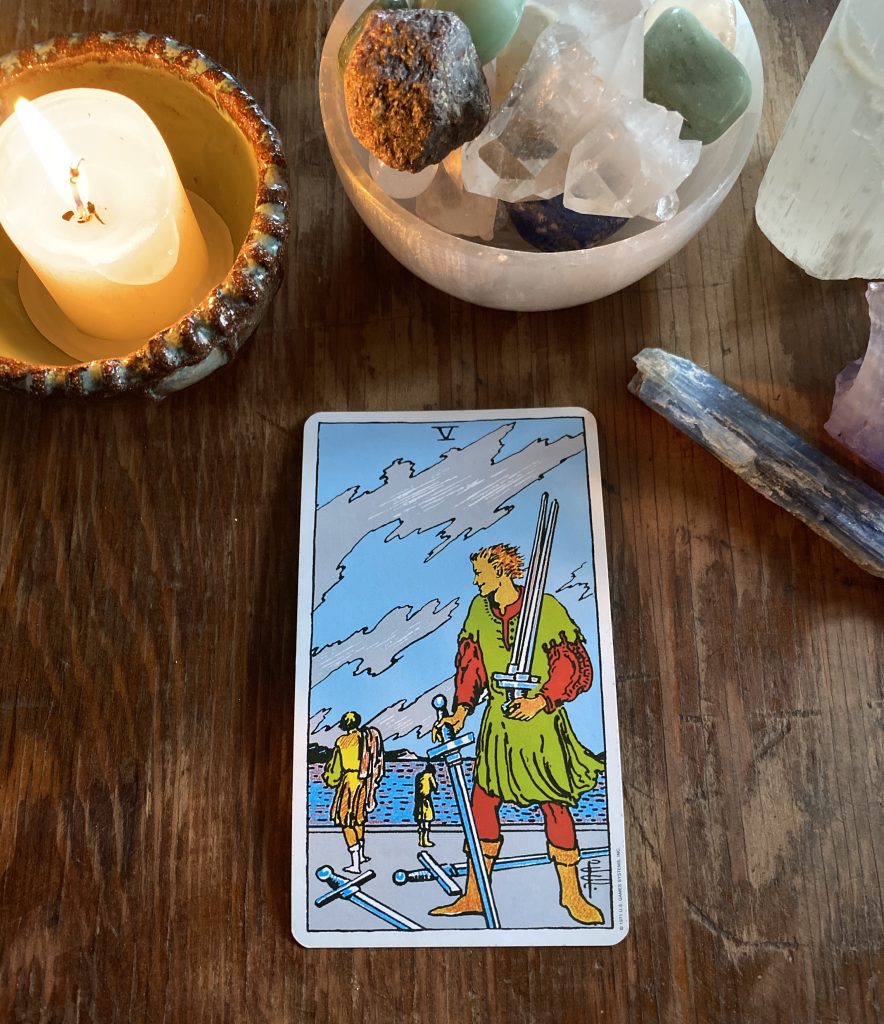 Message to the World
January 1st, 2020
THE FIVE OF SWORDS

Swords are the suit of air, representing communication, intellect, action, and prejudice.

He gloats, gathering his winnings, but at what cost? His companions turn away from him, devastated.
His victory won him the argument but cost him companionship. He didn’t care that he damaged his relationships and the self-esteem of his allies. He proved he was right and forced them to acknowledge his victory.

This message is a warning, I think, that our global relationships are being eroded by individualism, pride, and the need to win, or be perceived as the winner, at all costs. The Suit of Swords represents communication, so these are most likely verbal wars, slander, insults, sharp and wounding words. The victor has the final say but loses friends and colleagues. He is so invested in his ego; he tears down the world around himself to inflate it.

To bring it down to the nitty-gritty, to what we, as individuals, can do:

Be mindful, today, of what you say. Work on building up the strength and self-esteem of your companions. Pause before speaking words that might be hurtful to prove your point. It is our friends and companions that sustain us in our soul’s journey, not verbal victories, especially if our win erodes our human relationships.